Opera in five acts by Giuseppe Verdi, Libretto by Joseph Méry, Camille du Locle based on a work by Friedrich Schiller
Unfortunately missed!

Spain, mid-16th century. A regime of surveillance rules with the cruel and torturous Inquisition. The royal household becomes the scene of political intrigue and private passions surrounding the heir to the throne, Carlos. He is dangerously in love with his stepmother, Queen Elizabeth, which leads to conflict with his father, King Philip II. Giuseppe Verdi’s opera based on Schiller’s tragedy of the same title is a gripping political drama and a precise family portrait. Director Vincent Huguet stages this work together with stage design legend Richard Peduzzi. The musical director is the young conductor Michele Spotti. 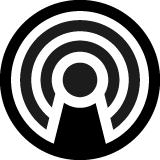 Listen to the ‹introduction to go› for productions on Grossen Bühne and at the Schauspielhaus! Subscribe to our podcast on Spotify, Apple Podcasts and Google Podcasts. You can find all episodes in our Media center. More